Northwestern University’s Nemmers Prizes recognize scholars who have made major contributions to their field of study. Recipients of the biennial prize receive $200,000 and residency at Northwestern for one quarter, so that they may present lectures, participate in departmental seminars, and engage with Northwestern faculty and students. The Nemmers Prize in Earth Sciences was established in 2018.  The Prize is also awarded in the fields of Economics and Mathematics (since 1994), Music Composition (since 2004), and Medical Science (since 2015). The Nemmers Prizes are made possible through bequests from the late Erwin E. Nemmers, a former member of Northwestern’s Kellogg School of Management, and his brother the late Frederic E. Nemmers. 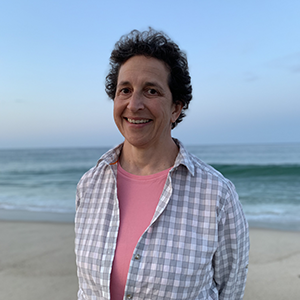 We will be updating our website with information about Professor Kate Freeman's schedule of activities with our department and the community at large in 2021. Learn more about Kate Freeman from the Northwestern University press release.

EPS is thrilled to welcome Professor Kate Freeman as the 2020 Nemmers Prize in Earth Science recipient. Freeman holds the Evan Pugh University Professorship at Penn State University, is the director of a NASA Astrobiology Center at her home institution, a Fellow of the American Geophysical Union (since 2013), and a member of the National Academy of Sciences (also since 2013). Freeman has a long history with our department, having collaborated with a number of our faculty and students over the years, and she served an important role as a committee member of the 2014 external program review. Freeman is eagerly looking forward to her visit with us, once we are all beyond the pandemic. Speaking for the department, I extend a warm and hearty welcome to her - it will be an honor and a privilege to have her spend some time with us. 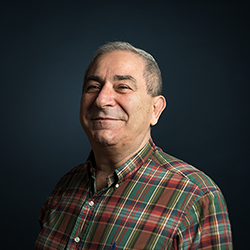 Professor Francis Albarède, an Emeritus Professor at the Ecole Normal Supérieure de Lyon in France, is the inaugural recipient of the Nemmers Prize in Earth Sciences. Prof. Albarède has been recognized for his achievements in high-temperature geodynamic processes, planetary sciences, and marine geochemistry. He has revolutionized the field of isotopic analysis through his development of multiple-collector inductively-coupled plasma mass spectrometry, which has become a standard in the field. Furthermore, he has pursued the understanding of unconventional isotopic systems such as zinc and copper; he has applied geochemical techniques to varied fields such as medicine and history; and he has combined chemical and physical models to understand natural processes including, for example, iron in ancient oceans, the history of volatiles on the Moon, and the origin of life. He is a Fellow of the American Geophysical Union, the Geochemical Society, and the European Association of Geochemistry, as well as the author of over 225 peer-reviewed papers and four books.

Professor Albarède spent the 2018 fall quarter at Northwestern where he interacted with students, faculty, and the general public. He spoke at the department’s seminar series, addressed the 2018 Midwest Geobiology Symposium, presented a public lecture entitled “How Silver Became Money,” and participated in a weekly seminar series with graduate students and postdoctoral researchers. Prof. Albarède will return to Northwestern for a week in the spring to attend the Nemmers Prize award reception and the EARTH 201 field excursion.