The research seismometers are operated in collaboration with the United States Geological Survey (USGS). One was originally scouted by NU students and installed as part of the Transportable Array of the Earthscope facility, and subsequently adopted by Northwestern University. This seismometer is in a publicly accessible Conservation Area that has a visitor center (Ryerson Woods). Therefore, this station is also used to support seismology and geology education and outreach activities. The other seismometer was installed in the aftermath of the Nov 4, 2013, earthquake in a Chicago suburb, with the assistance of Emile Okal, the USGS, and the Incorporated Research Institutions for Seismology (IRIS).  Its location was upgraded about four times since then. We also recorded body wave propagation characteristics in the area with the help of 24 geophones and a Geode, borrowed from IRIS. Another NU student characterized ambient surface wave propagation characteristics. The stations are currently maintained by Dr. Mitchell Barklage.

The educational seismometers are operated in interdisciplinary settings on campus. One is an EQ-1 seismometer, originally installed in the basement of Locy Hall. Several undergraduate students carried out research with this seismometer’s data and created a web site around it.  When the department moved out of Locy Hall, the web site started reporting data from an AS-1 seismometer, located in the basement of Seabury Hall. The AS-1’s current location is on the premises of the Integrated Science Program. This is station NUIL; the data it records are shared on the IRIS educational seismometer network.  The EQ-1 seismometer is currently located in a third-floor atrium between the departments of Physics and Astronomy and Earth and Planetary Sciences. The seismometer is a critical part of a kiosk, showing a live stream of the seismometer’s data. The kiosk was originally funded by Prof. van der Lee’s CAREER grant and has been used for over a decade for a variety of courses taught at NU and for outreach activities with K-12 student groups that visit campus. 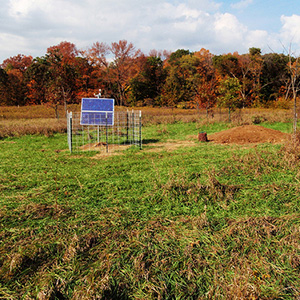 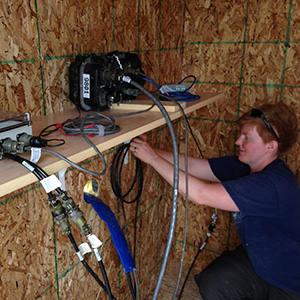 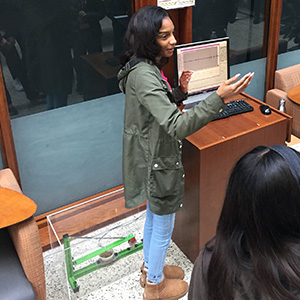 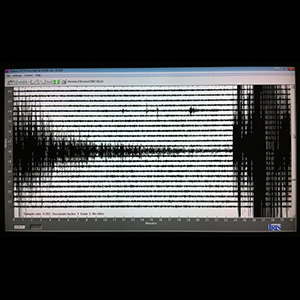