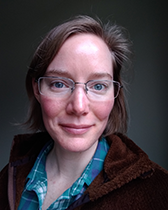 My research focuses on understanding how plant communities and their environments have influenced one another through Earth’s history. This involves the study of plant ecology, paleoclimate, and climate-ecosystem dynamics. I investigate how the stable isotope ratios of carbon, oxygen, and hydrogen found in plant tissue record a plant’s environment in both modern and fossil ecosystems and how they correlate with other plant-based environmental proxies like leaf morphology. These relationships are then used to reconstruct ancient ecosystems in a variety of different places and time periods from the Cretaceous to the recent, which allows us to paint a more nuanced picture of the history of biota-climate dynamics.

Bush, R.T. and F.A. McInerney. 2015. The effect of temperature and C4 abundance on n-alkane chain-length distributions across the central USA. Organic Geochemistry 79: 65-73.