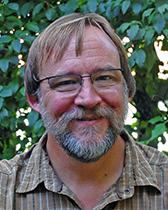 My research is grounded in stratigraphy, with a particular focus on chronostratigraphy via the integration of stratigraphic data with geochronology, astrochronology, and chemostratigraphy. Many studies are directed at development of high-resolution time scales for stratigraphic successions through application of the tools mentioned above, as well as sequence stratigraphic techniques. The driving motivation for improved time scales builds from my other main research interest—understanding the processes that control burial of carbon in ancient sediments and the relationships between changes in the global carbon cycle and ocean-climate interactions. A particular emphasis of my work has been Ocean Anoxic Events, and more recently, other major ocean-climate perturbations such as the Neoproterozoic glaciations, the P-Tr boundary, the K-T boundary, and the PETM, which are subjects of study by PhD. and post doctoral advisees collaborating with myself and departmental colleagues Jacobson and Hurtgen. I have devoted much of my career to studies of the Cretaceous Western Interior basin of North America, but recent work has included a number of other research sites in Europe and Asia, as well as ODP core samples.